The Madden Championship Series is back and bigger than ever. With a new format, increased prize pool, and shorter schedule – we have a lot to go over. Lets get into it. 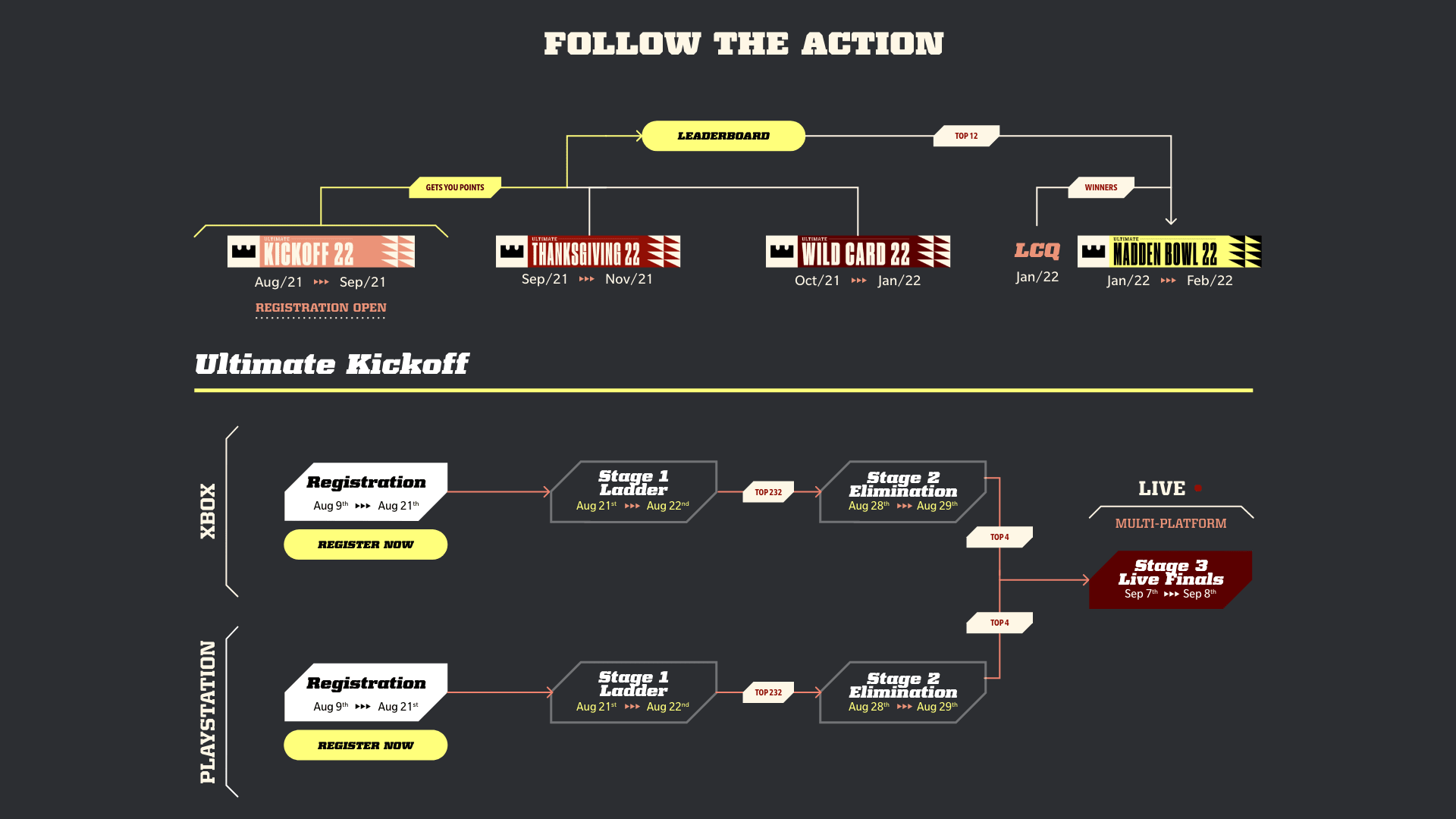 For those familiar with the MCS you’ll notice there’s one big difference. No Club Series. For years that has been EA’s main major that tied the best Madden players in the world to actual NFL Franchises.

The reason they made this decision is because many felt the length of the entire tournament along with the prize pool investment made it too lopsided. This is where their new format comes in.

There are now 4 new Majors that are centered around the NFL season. Kickoff, Thanksgiving, Wild Card, and Madden Bowl. All 4 Majors will be played on Madden Ultimate Team (MUT) and will span between Week 1 in the NFL and the Super Bowl in February.

The leaderboards for Ultimate Kickoff begin just 1 day after the full game comes out – so get ready to build out that MUT team.

With $1.65 million being dumped into the prize pool, this will be the largest season to date. Here’s how the prize breakdown will look for each major. 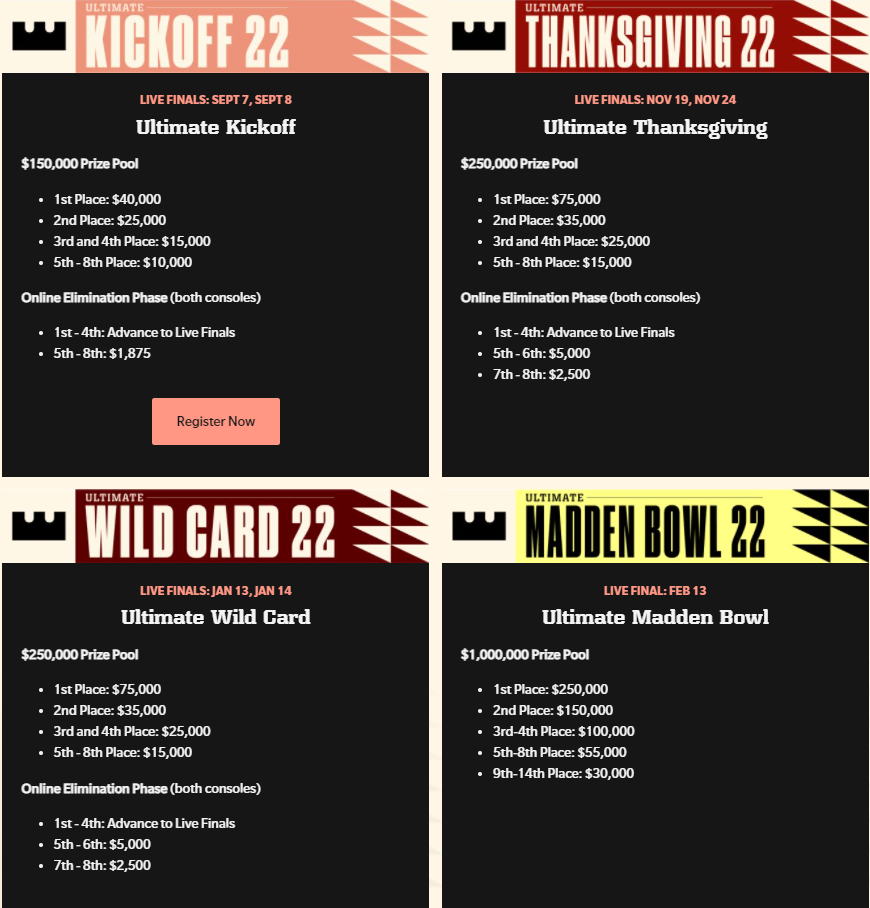 If you think you’ve got what it takes to compete with the best be ready to spend big & grind.

Want more info regarding the Madden Championship Series? Feel free to join our conversation on Discord!